Our clothes dryers work overtime in the winter. We fill them with bulky knits, blankets, jeans and more. According to the Federal Emergency Management Agency, most dryer fires happen in fall and winter and peak in January. That’s why now is the perfect time to call Tahoe Clean Air for dryer vent cleaning — before the lint buildup gets out of control and starts a fire in your home.

Why Do Clothes Dryers Produce Lint?

Both gas and electric dryers work about the same way. With both models, electricity powers a belt that turns the drum that tumbles your clothes. An electric dryer also produces the heat that dries your clothes; but with a gas dryer, the gas performs this task.

Tumbling the damp clothes and adding heat creates steam, and unless this steam has an outlet, your clothes will not dry. The vent allows this steam to escape outside.

Washing and drying also cause tiny pieces of fabric to break off your clothes and other textiles. As the clothes dry, this lint comes off and gets sucked into the dryer vent. Because it’s still moist, it tends to stick to the inside of the vent and stay there.

Some of this lint gets trapped in the lint screen (which you are supposed to clean before every load!). But the screen doesn’t trap all the lint. Much of it goes into the dryer vent where it can build up and even form a clog.

When this happens, your dryer can overheat and catch fire. Dryer lint is so notoriously flammable that it is a recommended method for starting recreational fires. According to the U.S. Consumer Product Safety Commission, more than 15,000 fires per year are caused by lint buildup.

How to Tell When You Need Dryer Vent Cleaning

How can you tell if your dryer vent has reached a crisis point? Two good clues are that it takes much longer to dry an average load than it used to and that your dryer emits a funny burning smell when running.

A dryer fire will not only destroy your appliance, but it can also damage to your home as well and even endanger your family’s lives.

Anatomy of a Dryer Vent

Some dryer vents are made of PVC, but many are still made of aluminum, and the grooves infamously trap lint in a way that is hard for the average consumer to remove. Here at Tahoe Clean Air, we use special brushes to remove the lint from dryer vents — both aluminum and PVC. We also clean other spots lint builds up in, such as inside, underneath and behind the dryer.

Google Rating
4.6
Based on 11 reviews

evelynn simmons
21:29 02 Sep 21
Rich spent the time to clean our vents right! He was very efficient and friendly, would absolutely recommend to anyone who asks. highly satisfied.

Abhinav Gupta
22:54 01 Sep 21
I was in need for maintenance and cleaning of ducts and vents for our home. Not having the ducts and vents clean had also decreased the efficiency of our HVAC system. I called them and they were really very prompt and patient in listening to my situation and were quick to suggest next steps. Within a day they had somebody come over and take care of me. Their prices were really very decent and I have been using them for regular as well as emergency maintenance and recommend them to friends/family.

christo maurice
17:24 27 Aug 21
We had tca come out to clean our air ducts and vents. I would definitely work with this company again. They were friendly and did a great job!

Aveline Maurice
17:20 27 Aug 21
Tahoe Clean Air has helpful and professional technicians, and customer service. They gave advice and walked me through some steps on possible improvements. I appreciated their advice, but no pressure. Highly recommend.

Greg Leake
17:16 27 Aug 21
I would recommend Tahoe Clean Air to anyone that is in need of HVAC services. They are experienced and know their stuff.They are also respectful and efficient. I appreciate their services.

Mary Erbeck
03:14 14 Apr 20
Rich spent the time to clean our vents right! He was very efficient and friendly, would absolutely recommend to anyone who asks.
See all reviewsWrite a review 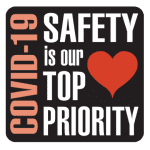